"There are no secrets to success. It is the result of preparation." -Colin Powell #motivational #quoteoftheday

#StudentLoans can be confusing, and not understanding how they work ahead of time can push you into tons of debt. Check out these #tips on what you need to know before taking them out! https://www.cnbc.com/2022/03/24/heres-what-you-need-to-know-about-your-student-loans-before-its-too-late.html

In today’s new #moneyjarpodcast, Rishika caught up with Bailey Rose, a young #entrepreneur who started her own business during the pandemic after she graduated high school. Listen to her advice for starting and building a successful #business! https://juniorachievementradio.com/188-investing-in-your-own-ideas/

Tune in Monday on the #moneyjarpodcast to hear a young #entrepreneur speak about how she started her own business after graduating high school in a pandemic! 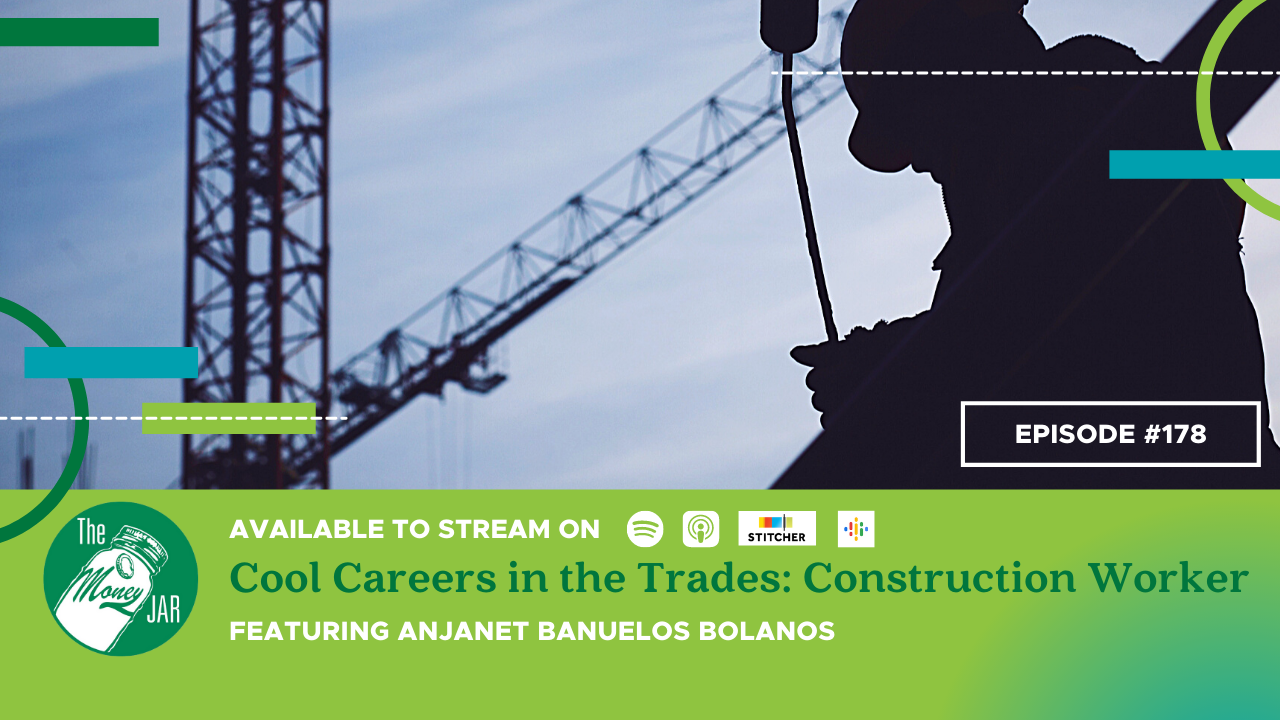 Everyone who is interested in exploring a career in the trades can find their place! Our guest on the Money JAR this week is a member of the Laborers’ International Union of North America (LiUNA) and started her career as a construction worker and laborer when she was in her early 30s, as a single mother of three children. Anjanet Banuelos Bolanos needed a way to provide for her family, earn while she learned, make a good living wage at an entry level job (and she notes that these entry-level wages have increased as the cost of living has gone up).

In her own words, Anjanet says, “Just because you’re a female does not mean that you can not be successful in the union career or union trade.” She started her career in the trades with Oregon Tradeswomen and then went on to join LiUNA, and she is proud to be a third-generation laborer. There are over 100 different specialties as a laborer, and Anjanet notes the pros and cons of working in the trades to Mindy and Rishika. She explains how easy it is to learn more about the trades and join an apprenticeship program: you have to be over 18, have a high school diploma or GED, have the willingness to learn and work outside, and pass a drug test (marijuana included). Apprenticeships are a great opportunity to learn about the different types of work within a trade field, and Anjanet encourages students interested in the trades to explore these opportunities and consider joining a union that will guarantee wage equality, pensions, benefits and retirement for all members. She says, “Just because you may not think you’re capable, doesn’t mean you’re not capable.”

Anjanet Banuelos Bolanos is the Organizing Business Representative of LiUNA Local 737 (Laborers International Union of North America). She joined the trades as a third-generation construction worker and laborer.